Taking Action for Lockdown Harms » Blog » The Problem with “My Body, My Choice”

The Problem with “My Body, My Choice” 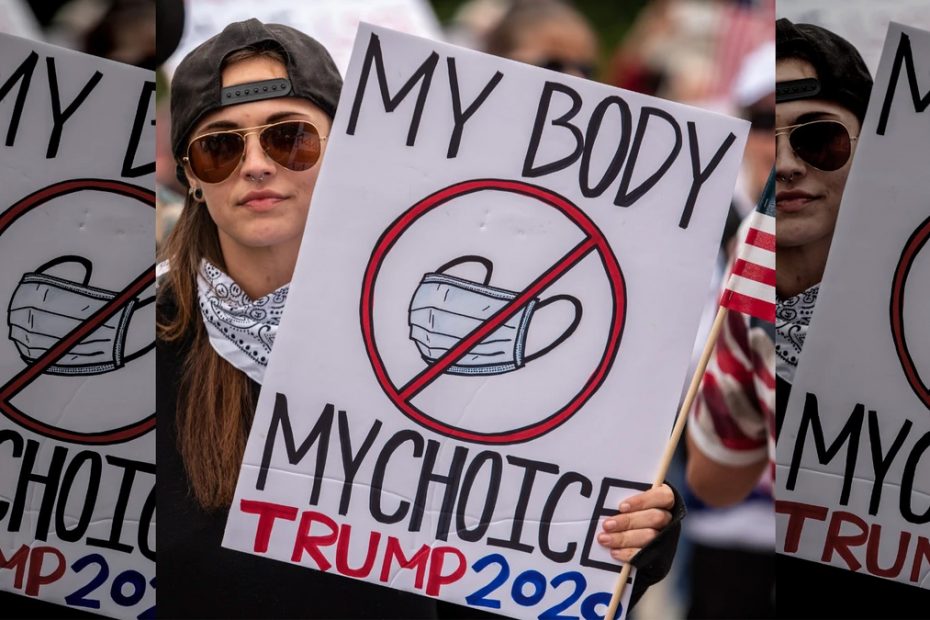 When it comes to vaccination...

The pretext for mandatory (including forced, coerced and bribed) vaccination is, and has always been, that vaccination: a) prevents disease and death; and b) is completely safe.

Both of the above statements are easily challenged in the light of the millions of adverse events globally (including deaths) from COVID-19 gene modifying preparations (aka COVID vaccines).

But proponents of this philosophical ideology are increasingly being painted as selfish, and even criminal or terrorist.

Why isn't it working?

As long as there’s an underlying ASSUMPTION that “vaccines are safe and effective,” you can never fight vaccine mandates in a courtroom and expect to win, certainly not in a post-Covid era where the “greater good” argument trumps all individualistic ideals.

THE ASSUMPTION is that there’s no harm to you, and it helps you and everybody else if you take the jab…

So, if your bottom line is that it’s “My body, My choice,”  then the courts will say (as they effectively DID say, in the recent judicial review of the care home regulations), “Tough.  Vulnerable people need to be protected.  You pose a risk.  Your choice is to get jabbed or get another job.”

That is also what your fellow citizens are saying – you are experiencing ‘Tyranny of the Masses’!

Your bodily autonomy - weaponised and used against you!

It’s a noble stance to maintain that each human being is ‘sovereign’ and has inalienable rights, including bodily autonomy…

But when your opponent (the government) is wielding the weapon of “your bodily autonomy is a threat to others,” and that weapon is powered by the false assumption that “vaccines are safe and effective,” you don’t just repeat the mantra of bodily autonomy they’ve already attacked; you must attack THEIR CORE philosophy – prove the assumption is false, and their weapon becomes useless.

Eat your peas! - an analogy

It’s a bit like when you tell your child they must eat their peas, because peas will make them healthy and strong, and their argument is, “I DON’T WANT PEAS.” Your child is exercising their bodily autonomy.  You might think you know best, but they don’t care – they only know that it’s “My body, My choice!”

If you’re a nice parent, you’ll probably empathise with your child’s expression of bodily autonomy but, because you care, and you know best, you’ll persist with trying to coax/trick/coerce/negotiate with or even force your child to eat those peas, or at least something healthy.  You’d be even more persistent, if you thought that your child eating the peas would protect YOU and EVERYBODY ELSE from illness and harm aswell, would you not?  It would suddenly be even more important that your child eats those peas, and “Their Body, Their Choice” would be far LESS important in this scenario – right?  In fact… it might even be dangerous!!!  Just imagine.  Just imagine IF you really thought that way…

Now, imagine if your child were to provide EVIDENCE that eating peas DOES NOT make anybody healthy and strong, nor does it protect anyone else from illness…!!!???

Just imagine (OK, they’re only 3, but just imagine!!).  Supposing that evidence was so compelling, no lawyer or judge could ever deny it…

Would you still persist with your coaxing, coercing, tricking, negotiating or forcing?  Since you were only doing so for their own well-being, under the ASSUMPTION that peas will make them healthy and strong (and protect everyone else, if you’re playing the game;-)), there would be no reason why your child should now eat his peas.

No Pea Passports if Peas are Dangerous

Now, we could take this analogy a step further:  what if your child now proved to you that peas actually make people unhealthy???  That, over a period of time, the accumulation of some “phytotoxin” from peas in a person’s body can actually lead to cancer, heart disease or neurological disorders?  Can you imagine a time when you might be confounded with such evidence that would cause you to rethink almost everything you thought you knew about health?

I think the judge in such a case would have to agree that the case was closed for forced, coerced and mandatory pea eating for all children and adults (no more Pea Passports).

Now imagine: YOU are the child and the government is the parent, who says they have your and everyone’s best interests at heart.

Demanding bodily autonomy when the government says bodily autonomy is DANGEROUS, is like filling up their gun with your bullets.  It does nothing to challenge their false assumptions, and it gets you alienated and vilified by the media (and some of your former friends).

So, when it comes to medical mandates, your position might be “my body, my choice” but the winning argument is:

“Where there is RISK, there MUST be choice.”

You might believe in the first statement.  But if you want to win, you will use the second.  It doesn’t compromise your position, but it DESTROYS the government’s position.  It is also an argument that the media can’t use to taint you with a health terrorist label.

Also, you are more likely to be heard those who have fallen prey to coercion, bribery and threats, because they’ll now see your interests are the SAME as theirs – everybody’s health and well-being.

To further explain: “My body, my choice” works for abortion rights, because it is obvious there are consequences to the woman mentally and physically if she is to continue with an unwanted pregnancy.  By contrast, you are NOT expected to suffer ANY consequences from a gene modifying injection laden with neurotoxins (because the government says they’re 100% safe), so why wouldn’t you just roll up your sleeve like everyone else (because the government says it will save lives and allow everyone to return to normality)?

So, “MY BODY, MY CHOICE” is not the winning argument against mandatory vaccination.  Not unless you can first prove that vaccines are neither safe, nor effective, in the way they are commonly believed to be

Should medical mandates be OUTLAWED?

The UK, being a bastion of peace and democracy (sarcasm?), has not had compulsory vaccination since it was banned in the late nineteenth century.  The United States and other countries around the world, however, have been battling with the issue for decades.

So, here’s a thought: are we, in the UK, going to spend the next five decades and more contesting mandatory vaccination, masks and ethylene oxide-laced nasal swabs, and allow ourselves to be selectively locked down, or our rights infringed upon, while we continue to declare that it is “MY BODY, MY CHOICE”?

Or, are we going to get ahead of the game, PROVE scientifically, once and for all, that the ASSUMPTIONS underlying such infringement of our rights are simply FALSE, and systematically force all governments around the world to OUTLAW medical mandates, FOREVER?

It has been put to me that “risk” shouldn’t have to come into the equation – we should have free choice over what goes into or onto our bodies, regardless.  But consider this: once you have won the argument based on “where there is risk, there must be choice,”  you can go on to say,

And the next step – an international treaty forbidding any nation, state or province from implementing or allowing medical mandates – would you lobby for this?

See us in court?

If you want to see matters like these in the courts, you can help by donating.  We already have a wealth of evidence and are working to build our legal case against unlawful Covid measures.  We may end up bringing more than one case now that unlawful medical mandates are sweeping our nation.

The above are only my thoughts and views, not shared by everybody.  So I’d welcome your thoughts and comments please!  With open discussion we can move this train forward speedily to its destination!

2 thoughts on “The Problem with “My Body, My Choice””